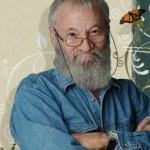 Tel Aviv, Israel / Teaching in Hebrew
This video was broadcast from BINA in Tel Aviv
About Yoram

Yoram Taharlev was born and raised on Kibbutz Yagur. His parents, both pioneers from the Halutz movement, came to Israel from Lithuania. Taharlev worked as a beekeeper, fruit-picker and gardener as a young man, eventually moving to Tel Aviv where he built a career as a lyricist. He has since written more than 1,000 songs which have been recorded by Israel’s top groups and vocalists, including 130 songs for the Israeli Army Entertainment Troupes. Taharlev’s songs have become standards on stage, radio and television over his four decades of songwriting, including well-loved songs such as Givat HaTachmoshet (Ammunition Hill), Od Lo Tamu Col Plaich (Your Wonders Never Cease) and Kum ve Hitalech BaAretz (Go Walk the Land). Taharlev is still writing and touring, and continues to inspire young listeners and musicians.