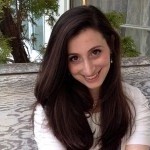 We are probably familiar with Satan from popular culture (red skin, horns, tail) and other religious traditions (God’s nemesis, pure evil, ruler of Hell), but he is none of those things in the Hebrew Bible. In this class, we’ll examine Satan’s role in the Bible and in Jewish interpretation, and may find that he has helped shaped Judaism in more ways than we could imagine. 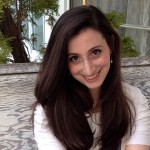 Tali Adler has been passionate about learning Torah since she first began learning chumash at seven years old. Originally from Cedarhurst, NY, Tali graduated summa cum laude from the S. Daniel Abraham Honors Program at Stern College for Women. At Stern, she double majored in Political Science and Jewish Studies and completed a senior thesis on the observance of menstrual purity laws among Spanish crypto-Jewish women in post-expulsion Iberia. Tali has studied in a number of Jewish institutions, including Midreshet Harova where she spent a gap year after high school, and Mechon Hadar, where she studied Talmud as an Education Fellow. Tali lives in Washington Heights where she helps organize Kol B’Rama, a monthly partnership minyan. 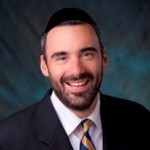 Marni Rein is 16 years old and is an 11th grader at The Weber School in Atlanta, Georgia. She has been an active participant in BBYO throughout her high school career. Marni is a member of Lev Hadarom BBG in Southern Region: Atlanta Council, has served as Vice President of Recruitment, Retention, and Education for her chaper, is currently serving as Atlanta Council’s BBG BBYO Connect Chair. She has participated in the BBYO’s Chapter Leadership Training Conference 5, 2013 and International Kallah 2014 and attended International Convention in 2014. Marni is very excited to have the opportunity to be the teen coordinator for the very first BBYO/Kallah Global Day of Jewish Learning and can’t wait to get started!