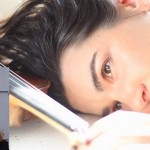 Miriam: The Complicated Life of a Biblical Woman

In this hour of text study and live music we will delve into Miriam’s experience of leprosy and exile. Alicia Jo Rabins and Judith Rosenbaum will discuss Torah’s rarely-examined, surprisingly intimate glimpse into the family life of Miriam and Moses with the aid of creative interpretations from rabbinic commentaries, visual art, and the contemporary indie-folk midrash of Girls in Trouble. 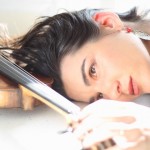 Alicia Jo Rabins is a poet, composer, performer and Jewish educator. She loves the wisdom, power and poetry of ancient Jewish texts and has been teaching Torah to adults and teens for fifteen years. A violinist since the age of three, in 2008 Alicia founded a songwriting project about obscure stories of women in Torah called Girls in Trouble, with which she has released two albums on JDub Records and performs internationally. She has also toured Central America and Kuwait playing bluegrass as a cultural ambassador for the US State Department, and for eight years was the fiddler in NYC’s acclaimed klezmer-punk band Golem. Alicia’s poems appear in American Poetry Review, the Boston Review, and Ploughshares, and she is the recipient of fellowships and awards from Lower Manhattan Cultural Council, the Six Points Fellowship for Emerging Jewish Artists, and Bread Loaf Writers Conference. Alicia holds a Master’s in Jewish Women’s Studies from the Jewish Theological Seminary, a MFA in poetry from Warren Wilson, and a BA in English and Creative Writing from Barnard College, and studied at Pardes Institute in Jerusalem for two years. She writes the MOMentary blog, a weekly parsha commentary through the eyes of a new mom, at Kveller.com, and is currently at work on a curriculum about stories of Biblical women through midrash and art, “The Complicated Lives of Biblical Women, supported by the Covenant Foundation. Alicia lives in Portland, Oregon with her husband, Aaron and their two young children. 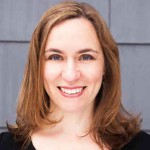 Judith Rosenbaum is Executive Director of the Jewish Women’s Archive, a pioneering national organization that documents Jewish women’s stories, elevates their voices, and inspires them to be agents of change. An educator, writer, and historian, Rosenbaum earned a BA in History from Yale University and a PhD in American Studies from Brown University. She won a Fulbright Fellowship to study women’s collective communities in Israel, and has taught and lectured widely on Jewish studies and women’s studies at institutions including Brown University, Boston University, Hebrew College, and Gann Academy. She also serves on the faculty of the Bronfman Youth Fellowships. Rosenbaum regularly publishes in both academic and popular journals and blogs including Tablet, the Forward, the Huffington Post, the Jewish Week, Sh’ma magazine, Kveller.com, and Role/Reboot, as well as in several anthologies, including Gender and Jewish History, Righteous Indignation: A Jewish Call for Justice, and The Women’s Passover Companion: Women’s Reflections on the Festival of Freedom. Judith lives in Boston with her husband and 8-year-old twins.