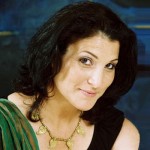 What happens when love hurts? In this 45-minute dramatic presentation of “Flowers Aren’t Enough”, Naomi Ackerman tells the story of Michal, a young woman who falls into an abusive relationship. The show’s power is that it breaks the often-held myth that only uneducated, poor women from bad families are victims. It happens to good Jewish girls too! Based on true stories, Naomi Ackerman has woven the voices of women from different cultures and backgrounds into a performance that encourages social change.

Naomi Ackerman is the founder and director of The Advot Project, using theater for transformation. Her curriculum Relationships 101 is currently implemented in schools and Juvenile detention camps. Naomi’s acclaimed one woman show, “Flowers Aren’t Enough” has been presented over 1600 times globally. She is a Founding/Creating member of “View Points” an Arab Jewish theater, and organizer of the Jerusalem Municipality children’s clown school, as well as being one of the first clowns to integrate professional medical clowning into Israeli hospitals. Naomi travels globally as a consultant for organizations, using drama techniques to deal with gender and educational issues, as well as exploring identity, promoting tolerance and dialogue between diverse participants.

For the past two decades she has used art to promote peace, evolve change and encourage self-empowerment. Naomi was an American Jewish Global Justice fellow 2014-15. She is the recipient of the KCET and Union Bank 2014 Local Heroes award for Jewish American Heritage month and now a 2016 International woman achievers award (IWAA) for Community leadership . 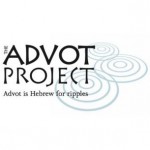