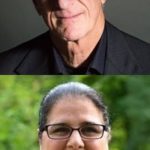 What does it mean to be a Jew in the Space Age? How do we stay connected to Judaism when we’re off world? Astronaut Dr. Jeffrey Hoffman has thought about these questions and more. As the first American Jewish man in space, he took a Torah made for travelers with him onto the Space Shuttle Columbia. Join educator Rachel Raz in conversation with Dr. Hoffman, discussing how to adapt Jewish rituals for leaving Earth, how Jews have traditionally dealt with religion on the road, and where the Jewish journey may take us next.

Dr. Jeffrey Hoffman has been a professor in MIT’s Department of Aeronautics and Astronautics since August 2001. He received a BA in Astronomy (summa cum laude) from Amherst College (1966); a PhD in Astrophysics from Harvard University (1971); and an MSc in Materials Science from Rice University (1988). As a NASA astronaut (1978-1997) he made five space flights, becoming the first astronaut to log 1000 hours of flight time aboard the Space Shuttle. He has performed four spacewalks, including the first unplanned, contingency spacewalk in NASA’s history (STS-51D; April 1985) and the initial repair/rescue mission for the Hubble Space Telescope (STS-61; December 1993). Following his astronaut career, Dr. Hoffman spent four years as NASA’s European Representative, working at the US Embassy in Paris. His primary research interests are in improving the technology of space suits and designing innovative space systems for human and robotic space exploration. Dr. Hoffman is director of the Massachusetts Space Grant Consortium, responsible for space-related educational activities. He is Deputy Principal Investigator of an experiment on NASA’s Mars 2020 mission, which will for the first time produce oxygen from extraterrestrial material, a critical step in the future of human space exploration. In 2007, Dr. Hoffman was elected to the US Astronaut Hall of Fame. 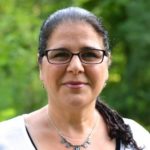 Rachel Raz is the Executive Producer of Space Torah, a documentary about Dr. Hoffman and the first Torah in Space. Rachel is also the Director of the Early Childhood Institute of the Shoolman Graduate School of Jewish Education at Hebrew College. She is a board member of Hillel at U. Mass / Amherst and of Boston’s Israel Academic Forum. Rachel has extensive experience in the field of education at all levels. She has a BA from Bar-Ilan University, and MJED (Master of Jewish Education) from Hebrew College.