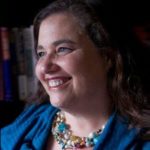 Presented by the Jewish Reconstructionist Communities

“A Beautiful Man?” Joseph and the Character of Masculinity in Judaism and Islam.

Joseph (favored son of Jacob, the last of the Biblical patriarchs) is famously beautiful, “of fine face and figure” (Genesis 39:6). He is also one of the shared heroes of Judaism and Islam, though his beauty comes to say different things about his masculinity in the two traditions, beginning with the scriptural texts themselves and in centuries of subsequent midrashic and other narrative expansions. We will begin by thinking about ethnic constructions of beauty and ugliness: What is Jewish beauty? What is masculinity and what is Jewish masculinity? What is femininity and Jewish femininity? We will then carry out a textual twin experiment, treating Yosef (Hebrew) and Yusuf (the Arabic pronunciation) as genetically identical characters, so to speak, who were raised in disparate (if contiguous) cultural and textual home environments. We will see how Yosef’s beauty became a source of ambivalence in Jewish sources, a site of projective anxiety about Jewish masculinity, while Yusuf embodies a more secure masculinity, in which male chastity and male authority are more comfortably compatible.

Lori Hope Lefkovitz holds the Ruderman Chair in Jewish Studies at Northeastern University, where she directs the Humanities Center and the Jewish Studies Program and is a professor of English. Her book, In Scripture: The First Stories of Jewish Sexual Identities, was a finalist for the National Jewish Book Award in the Women’s Studies category. A graduate of Brandeis University, Lefkovitz received her Ph.D. in English from Brown University and was a recipient of a Woodrow Wilson dissertation fellowship in women’s studies, a Golda Meir post-doctoral fellowship at Hebrew University, a post-doctoral fellowship at the Institute of the Philadelphia Association for Psychoanalysis, a senior Fulbright Professorship at Hebrew University in Jerusalem, and an honorary doctorate from the Reconstructionist Rabbinical College.

Widely published in the fields of literature, critical theory, and Jewish Women’s Studies, her other books include: The Character of Beauty in the Victorian Novel, Textual Bodies: Changing Boundaries of Literary Representation, and (with Julia Epstein) Shaping Losses: Cultural Memory and the Holocaust. Previously, Lefkovitz was the Gottesman Professor of Gender and Judaism and Founding Director of Kolot: The Center for Jewish Women’s and Gender Studies at the Reconstructionist Rabbinical College. Under her direction, Kolot developed Rosh Hodesh: It’s a Girl Thing! and the innovative Web site Ritualwell.org. She had also been an associate professor of English at Kenyon College. 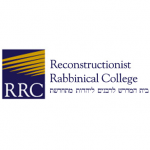