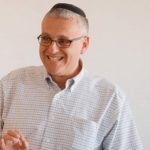 Beauty and the Beast and the Talmud

Beauty and the Beast is an iconic folk-tale which was recently re-made into a movie. In a very primal way it touches on sensitive issues such as the connection between the aesthetic and the moral. We will examine this story as well as Talmudic parallels in an effort to discover whether beauty is indeed only skin deep.

Watch the trailer for the new Disney Beauty & the Beast film

“Jewish text and tradition is the ‘technology’ we use to make the world a better place” says Rabbi David Levin-Kruss, director of Jewish Education for JDC-Europe. David hopes to infuse community programs with rich and innovative Jewish content by supporting European Jews in finding their own Jewish voice. Prior to joining JDC, Levin-Kruss taught and directed special programs at Jerusalem’s Pardes Institute of Jewish Studies, served as the Overseas Director of the Melitz Centers for Jewish Zionist Education, and was the Community Director and Family Educator of Stanmore and Canons Park Synagogue in London. DLK is also the founder of My Open Book, a methodology that uses Jewish and general texts combined with life-coaching techniques to achieve personal breakthroughs. Levin-Kruss holds a B.A. and Teachers’ Certification in English Literature and Jewish Thought from Hebrew University. He also served in the IDF’s Spokesperson’s Unit, and received rabbinic ordination from the Joseph and Gwendolyn Straus Rabbinical Seminary.