Watch the videos as they happen on Sunday November 20, right here on this page.

“Harmony is Made with All Kinds of Noise”

Teaching in English at 00:00 GMT | Presented by The Aleph Society 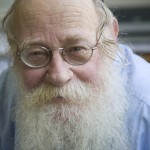 Teaching in Russian at 15:00 MSK from JCC St Petersburg 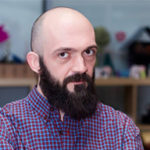 Andrey Borovsky is a painter, art critic and Museologist. He is a member of the International Association of Art Critics (AIS), and of various Jewish educational projects. Andrey writes about and teaches on fine arts and traditional Jewish works. He works at the Jewish Museum and Tolerance Center in Moscow. 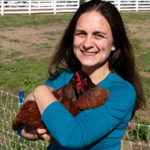 “Compassion into Action: From Animal Care to Justice for All Living Beings”

Teaching in English with Rabbi David Seidenberg at 3:00pm EST | Presented by JIFA

Sarah Chandler is the CCO (Chief Compassion Officer) and team leader at Jewish Initiative for Animals where she works to support Jewish institutions to establish meaningful food policies rooted in Jewish ethics and animal welfare. She recently served as the Director of Earth Based Spiritual Practice for Hazon’s Adamah Farm and teaches, writes and consults on a national level on issues related to Judaism, the environment, mindfulness, food values, and farming.

“Eco-Judaism: Is There Any Other Kind?! – How Torah Pushes the Sustainability Envelope”

Teaching in English at 5:00pm EST | Presented by the Jewish Reconstructionist Communities 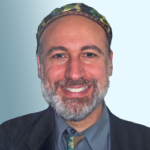 Rabbi Fred Scherlinder Dobb has served Adat Shalom Reconstructionist Congregation – a thriving serious progressive community of some 480 households in Bethesda, Maryland — for nearly two decades, since well before his 1997 ordination from Philadelphia’s Reconstructionist Rabbinical College. A Magna Cum Laude graduate of Brandeis University (1991) and a Wexner Graduate Fellow with a Doctorate of Ministry from Wesley Theological Seminary (2009), he is a Past President of the Washington Board of Rabbis. Fred currently serves as Chair of the national Coalition on the Environment and Jewish Life, and as Immediate Past Chair of Maryland and Greater Washington Interfaith Power & Light. Fred has written adult education curricula about Israel and progressive Zionism; writes and teaches widely on eco-Judaism; and contributes regularly to Moment Magazine among other publications. He lives in Washington DC with his wife Minna Scherlinder Morse and their glorious children. 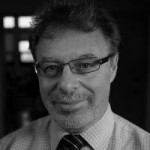 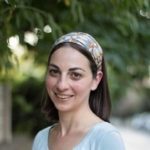 “Of Land and Light: A Jewish Take on Ethical Dilemmas in International Development”

Teaching in English with Rabbi Yedidya Sinclair at 5:00pm IST | Presented by OLAM

Dyonna Ginsburg is Executive Director of OLAM, a shared platform promoting global Jewish service and international development. Previously, Dyonna served as Director of Education and Service Learning at The Jewish Agency; Executive Director of Bema’aglei Tzedek, an Israeli social change NGO; and co-founder of Siach, a global network of Jewish social justice and environmental professionals. She has a BA in International Relations from Columbia University and an MA in Jewish Education from Hebrew University.

“Does Caring for Creation Mean Caring About Climate Change?”

Teaching in English with Rabbi Joshua Ratner at 1:00pm EST | Presented by Hazon 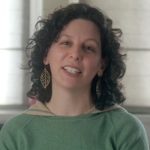 Jessica Haller is an environmental professional and sustainability champion. As a Leader with The Climate Reality Project, she has engaged hundreds of people on climate issues through presentations and local action. She serves on the board of Hazon, the Riverdale Nature Preservancy, and the advisory board of Eden Village Camp. Jessica’s involvement in sustainability is local and global – from chairing the steering committee for the Riverdale YMCA Sunday Market, to being a delegate for the UNDP–ARC conference “Many Heavens, One Earth” at Windsor Castle in England. She currently runs the expense management company Itemize. Jessica is a LEED Accredited Professional with the US Green Building Council, she holds a MPA from Columbia University’s program in Environmental Science and Policy, and is a graduate of the Wharton School of Business at the University of Pennsylvania. 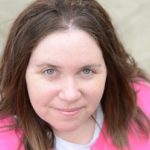 Judaism’s Relationship to the Kitchen: from Wheat to Roast Beef

Devorah Katz teaches both formally and informally in Israel. She is the founding editor of ChallahCrumbs.com and a weekly podcast. Devorah writes curriculum for institutions and organizations in Israel and the United States. She and her husband have also opened an artisan bakery in Israel.

Teaching in English at 11:00am EST from the Solomon Schechter School of Manhattan | Presented by Mechon Hadar 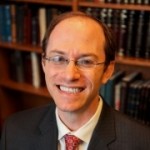 Rabbi Elie Kaunfer is co-founder and executive director of Mechon Hadar. Elie has previously worked as a journalist, banker, and corporate fraud investigator. A graduate of Harvard College, he completed his doctorate in liturgy at the Jewish Theological Seminary, where he was also ordained. A Wexner Graduate Fellow and Dorot Fellow, Elie is a co-founder of the independent minyan Kehilat Hadar and has been named multiple times to Newsweek’s list of the top 50 rabbis in America. He was selected as an inaugural AVI CHAI Fellow, and is the author of Empowered Judaism: What Independent Minyanim Can Teach Us About Building Vibrant Jewish Communities (Jewish Lights, 2010). You can continue to learn about the prayerbook with Elie through Project Zug, Hadar’s online learning tool that pairs Israeli and Diaspora Jews to learn courses together in Bible, Talmud, Jewish philosophy, Art and more. 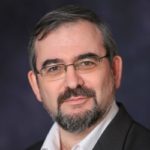 Teaching in Russian at 10:00am IST from Haifa, Israel | Presented by The Israel Movement for Progressive Judaism 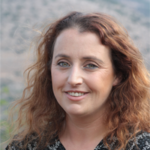 Teaching in Hebrew at 17:30 GMT | Presented by Teva Ivri

Einat Kramer is Director of Israeli NGO Teva Ivri (“Jewish Nature”), engaged nationally in increasing the connection between Judaism and environmental discourse in Israel. Einat lectures in Israel and abroad, and appears regularly on Israeli television and radio – she currently has a weekly slot on Channel 1 in which she connects a socio-environmental topic with the Parasha. Einat lives in the Galilee Mountains in a pluralistic Jewish community village, where secular and religious live together as one community. Einat has an MA in Jewish Education and is a graduate of several leadership programs. 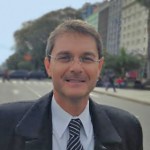 Teaching in Portuguese with Rabbi Uri Lam at 7:00pm BRST

Since 1996, Rabbi Guershon Kwasniewski has been the religious Leader of SIBRA – Sociedade Israelita Brasileira de Cultura e Beneficência – in Porto Alegre, Brazil. He attended rabbinical studies at the Latin American Rabbinical Seminary in Buenos Aires, Argentina and at the Schechter Institute in Jerusalem, Israel and will soon receive his Smichá. Rabbi Kwasniewski is also Journalist and Speaker. He is the coordinator of the Inter-Faith Dialogue Group of Porto Alegre. He is married and has two children. 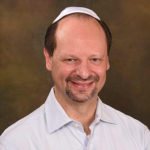 Teaching in Portuguese with Rabbi Guershon Kwasniewski at 7:00pm BRST

Rabbi Uri Lam is the spiritual and community leader of Congregação Israelita Mineira (CIM) in Belo Horizonte, Minas Gerais St, Brazil, affiliated to WUPJ (World Union for Progressive Judaism). Psychologist and M.A. in Philosophy, he is also a publisher and translator of several books into Portuguese, as Maimonides’s Guide of the Perplexed Parts 1 & 2 (Moreh Nevuchim) – the first comprehensive translation to Portuguese; Part 3 is underway. Rabbi Lam is the founder of the Forum for Jewish-Catholic Dialogue of Bahia and, as a member of the ICCJ (International Council of Christians and Jews), was in Rome for the 50th Anniversary of the Nostra Aetate and at the meeting with Pope Francis.

“Does Caring for Creation Mean Caring About Climate Change?”

Teaching in English with Jessica Haller at 1:00pm EST | Presented by Hazon 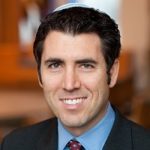 Rabbi Joshua Ratner is the director of the Jewish Community Relations Council of Greater New Haven and as Associate Rabbi of the Joseph Slifka Center For Jewish Life at Yale University. Additionally he serves on the board for Hazon. Josh served as the rabbi of Congregation Kol Ami in Cheshire, CT, from 2012-2014. Ordained by the Jewish Theological Seminary in May 2012, he was a Joseph Neubauer Fellow and also earned a Master’s Degree in Midrash and a Certificate in Pastoral Care. As a student he travelled with the AJWS Rabbinical School Delegation and was part of CLAL’s Rabbis Without Borders fellowship. Josh believes that Judaism offers a unique language and wisdom for addressing environmental stewardship and food justice. Inspired by Hazon’s successes, he looks forward to playing a leading role in Jewish sustainability. Josh is married to Dr. Elena Ratner and they are the proud parents of Dimitri, Eli, Gabby and Sasha. 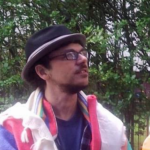 “Compassion into Action: From Animal Care to Justice for All Living Beings”

Teaching in English with Sarah Chandler at 3:00pm EST | Presented by JIFA

Rabbi David Seidenberg is the creator of neohasid.org, and the author of Kabbalah and Ecology: God’s Image in the More-Than-Human World (coming out in paperback in December). He was ordained by both JTS and Reb Zalman Schachter-Shalomi, and lives in Northampton, where he runs the Prayground Minyan. David is also the author of a Prayer for Voting, downloadable from neohasid.org/resources/votingprayer/. 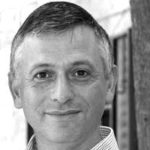 “Of Land and Light: A Jewish Take on Ethical Dilemmas in International Development”

Teaching in English with Dyonna Ginsburg at 5:00pm IST | Presented by OLAM

Yedidya Sinclair is Environmental and Social Director at an Africa-focused solar development center. Before moving to Israel he worked as an economist in the UK government. A Jewish educator as well as an economist, he served as campus rabbi at Cambridge University, UK. Yedidya holds orthodox rabbinic ordination and degrees from Oxford and Harvard. He lives in Jerusalem with his wife and five children.

The Animal Kingdom in Jewish Thought

Teaching in English at 4:00pm IST in Israel | Presented by the The Biblical Museum of Natural History

Rabbi Dr. Natan Slifkin is the director of The Biblical Museum of Natural History in Beit Shemesh. He is the author of numerous works on the interface between Judaism and the natural world, including The Challenge of Creation, Sacred Monsters, and The Torah Encyclopedia of the Animal Kingdom. Rabbi Slifkin is a popular lecturer worldwide, speaking at shuls, colleges, schools, zoos, and safaris.