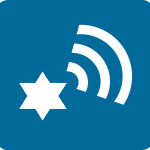 You wrote and we listened!

After careful consideration of all the great feedback we’ve received from viewers around the world, we decided to rename our live video webcast series. In 2016 we changed 24×24 into ON AIR. You’ll still be able to watch LIVE videos for FREE, on the Global Day (Nov 11, 2018)!

What exactly is changing?

Firstly, the brand: 24×24 is now called ON AIR. The series is still completely free, and still be able to watch all our great videos online through our website and our YouTube channel. Videos will all still be available free and publicly after the broadcasts are finished.

Secondly, in addition to streaming live on the Day (Nov 11, 2018), we’re featuring a series of live broadcasts that take place throughout the year. Many of our viewers worldwide asked for learning videos that they could access during school years or around holidays, so that’s exactly what we did in 2017. We liked creating year-round content so much, we’ve decided to continue doing so in 2018!

Thirdly, we’re adding more ways to interact with the videos while they’re being broadcast. You’ll be able to communicate directly with the speakers through live chats, Twitter and Facebook.

What was it before?

Since 2013 the Global Day has produced a live online video broadcast to complement and supplement the in-person events happening worldwide on the annual Global Day. When we first beta-tested the webcast series, we thought it would be really neat to take the 24-hour “day” and make it central to our format, and thus 24×24 was born. That was a great way to galvanize communities in more far-flung places to join in the learning. It also helped Jews everywhere access high-quality learning materials online, throughout the year.

The feedback we’ve received since 2013 has shown us that more communities want to have access to videos during their in-person event programs, which meant that many of the videos that aired early in the day on our 24-hour timeline were too early for most viewers to watch live in the Western Hemisphere. That also meant that videos broadcast later in the day were too late to see for viewers in the Eastern Hemisphere. Even with our best efforts, we were unable to invent a time-machine, so instead we’ve compromised by restructuring our webcast schedule around the people who watch, rather than the number of hours in the day.

What does “ON AIR” mean?

In a radio broadcast studio, there’s a sign over the door that says “ON AIR”. The sign lights up when the mics are hot and the broadcast is in session, as a warning to keep quiet while the program is “on the air” and transmitted in real-time to the listeners elsewhere. That sign is still present in studios today – and even in video broadcast studios like news channels! We decided to use that as our series name because we bring our live sessions directly to viewers over the “air waves” of the Internet.

Do I need to register to watch?

No, registration is not required to watch. But it would be really great to know if you’re having a viewing party! If you would like to register your viewing party as a community event – which you totally can! – just tell us a little more about where you’ll be watching from. We want our fantastic speakers to know some of the nifty places their viewers are tuning in from, and to know how many people are joining their sessions in real-time. If you don’t want to register, that’s cool, too. Don’t have a community to register? When you tune in on your own, you’ll be part our growing online community that gathers annually to watch together on the web. Come on in and join!

How come this is free? Are you asking for anything?

Nope, it’s totally free. We just love Jewish learning that much. The Global Day of Jewish Learning is a project run by a non-profit organization in the USA, the Aleph Society. Through generous donations from committed individuals and foundations, the Aleph Society is able to make all these wonderful resources free for you to use. All we ask is that you join in the learning and have a good time. Thanks also to Google’s program for nonprofits, which gives us access to G Suite and YouTube Live, keeping down our overhead costs and giving us the tools to produce amazing videos ON AIR. If you’re moved to donate, you can do so at the Aleph Society, here. But all we really want is to plant the seeds of learning to grow in the lives of Jews everywhere.